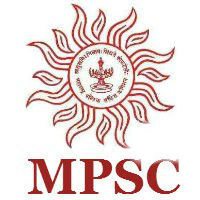 N.B. – (1) Candidate should not write roll number, any name (including his/her own), signature, address or any indication of his/her identity anywhere inside the answer book otherwise he/she will be penalized.

(3) Answer are to be written in one language only either in Marathi or in English.

(1) Discuss the provisions related to separation and segregation of prisoners.

(2) Discuss the provisions in Prisoners [Attendance in Court] Act, about appearance of prisoners before Court.

(3) Write about transfer of prisoners.

(5) What are the particulars to be noted by Medical Officer in case of death of a prisoner?

(6) Write about the modes which Court should follow, while releasing young offenders under the Provisions of Probation of Offenders Act.

(7) Discuss the object of Probation.

(a) Types of punishment.

(9) Write about provisions of Suspension and remission of sentence in Code of Criminal Procedure.

(10) Write about provisions of Commutation of Sentence in Code of Criminal Procedure.